No Robots, but much Coolness!

So last month I got a rare, and historically super geeky opportunity. I was on the U.S.S. Constitution when it did a turn around cruise in Boston Harbor. How incredibly cool is it to be on the worlds oldest commissioned warship, a ship that was named by George Washington? Well I thought it was awesome. The cruise was to honor Gold Star Families and educators (that's how I got on board). They ship went out to Castle Island, was saluted by a National Guard Battery, returned the salute, and then went back to her birth. All told it was a 3 hour cruise and just tremendous. We lucked out weather wise too, it was perfect. 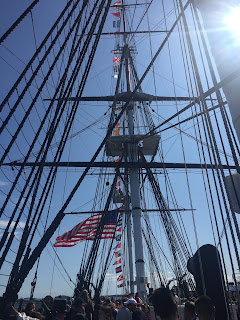 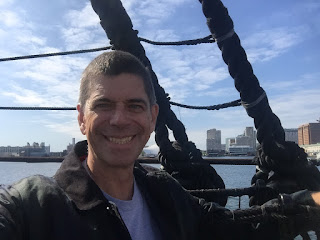